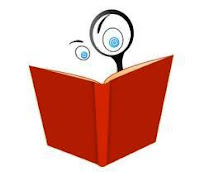 Here I would like to give some simple definitions to terms that are commonly used in research methodology. Hope this will help.

Control group: is used as a standard of comparison in an experiment where the variables are not manipulated.

Corroboration: is providing evidence that tend to support a proposition or theory that is already supported by some evidence.

Deductive reasoning: A method of scientific reasoning that uses general principles to predict specific results. It is also called as theory-data collection-analysis method.

Dependent variable: Variables that are measured throughout the experiment. The outcome or result of this variable may change because of manipulated or independent variable.
eg: Theory of evolution, Cell theory

Empiricism: refers to the information acquired by experience (using our senses) or experimentation (using instruments).

Epistemology: a branch of philosophy that deals with knowledge

Experimental group: The group containing the variable that has been changed (independent variable)

Hypothesis: is an educated guess, a possible answer or a predictive statement that can be tested by scientific methods.

Independent variable: the variable that the researcher manipulates or changes in an experiment.

Null hypothesis:  The hypothesis which the researcher tries to disprove.

Random error: Errors which are random in nature and very difficult to predict and correct

Scientific evidence: are facts and figures used to support a hypothesis, theory or law.

Scientific method: is an organised and systematized effort to gain knowledge that uses observation and experimentation to describe and explain nature or natural phenomenon.

Scientific temper: involves the application of logic and reasoning and the avoidance of bias and prejudice in arriving at decisions or conclusions.

Serendipity: refers to unexpected or accidental discoveries or inventions, made without conscious effort. Some famous examples:
Simulation: is the imitation of the operation of a real world process

Syllogism: a way of reasoning in which two statements are considered for reaching a conclusion. Deductive reasoning is a case of syllogism.

Systematic error: A type of error that deviates by a fixed amount from the true value of measurement and can be easily corrected.
Theoretical knowledge: Knowledge gained through rational thinking and logical reasoning.

Theory: is a hypothesis supported by large body of observation and experimental evidences.

Variables: Any factor that can take on different values in a scientific experiment and influences the outcome of the experiment.