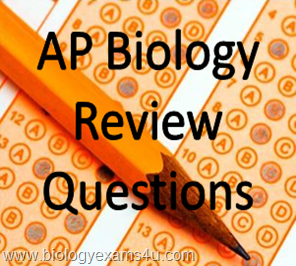 1. In a pyramid of numbers, in a grassland ecosystem, the largest population is that of

2. Which of the following group of gases cause photochemical smog?

3. Which of the following statements regarding species interdependence are true?
A) An association of two species where one is benefitted and other remains unaffected called mutualism
B) An interspecific association where both partners derive benefit from each other is called commensalism
C) A direct food relation between two species of animals in which one animals kills and feed on another is referred as predation
D) A relationship between two species of organism where both the partners are benefitted from each other is called symbiosis.

4. The species of plants that play a vital role in controlling the relative abundance of other species in a community are called

5. Habitat loss and fragmentation, over exploitation, alien species invasion and co extinction are causes for

6. The formula of growth rate for population in given time is

7. One greenhouse gas contributes 14% to total global warming and another contributes 6%. These are respectively identified as

8. Which of the following is false?

9. Many freshwater animals cannot live for long in sea water and vice versa mainly because of the

10. Which of the following regarding ecological pyramids is not correct?

Answers
1. a) Producers
2. e) O3, PAN and NO2
3. b) C and D only
4. e) Keystone species
5. e) Biodiversity loss
6. d) dN/dt=rN
7. b) CFCs and N2O
8. b) The energy content in a trophic level is determined is determined by considering a few individuals of a species in that trophic level.
9. d) Osmotic problems
10. a) In most ecosystems, the pyramid of numbers and biomass are up right