The main genetic material of the cell is DNA. In eukaryotic cells the DNA is complexed with proteins to form chromatin fibres. At the time of cell division the chromatin becomes condensed into chromosomes. 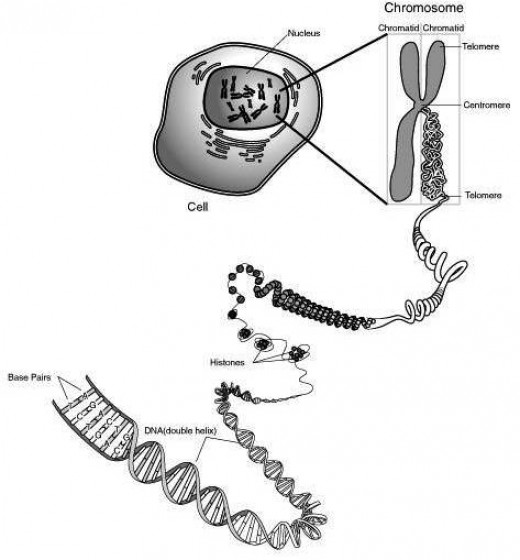