b) Manifested only in females and is lethal in utero in males. 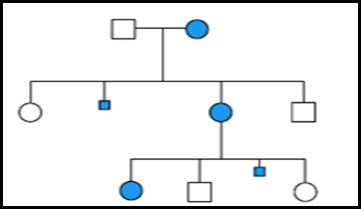