How are Mitochondria and Chloroplast similar to Prokaryotic bacterial cells?

The similarity of mitochondrion and chloroplast with prokaryotic cells is the most compelling evidence that supports  Endosymbiont theory which explains the evolution of eukaryotic animal and plant cells. Refer figure. 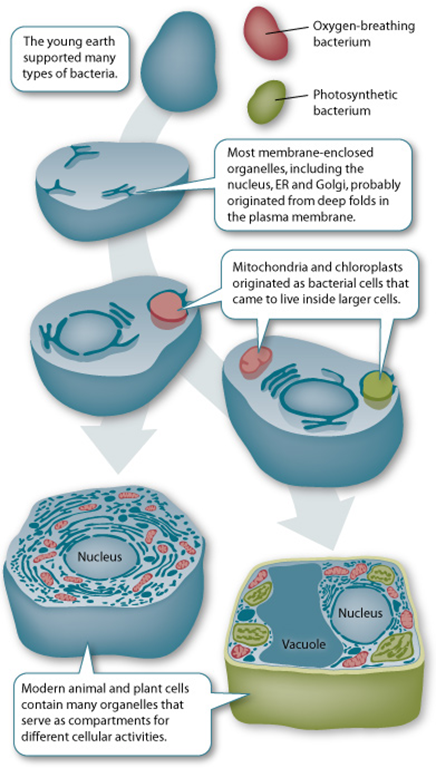 Similarity between Mitochondrion and Prokaryotes

In cell structure
In Genetic material
In both cells, ribosomes are small 70 S ribosomes
Mitochrondria and chloroplasts replicate by a splitting process similar to binary fission in prokaryotes
Similarity between Chloroplast and Prokaryotes
Chloroplast is similar to mitochondrion in many aspects.