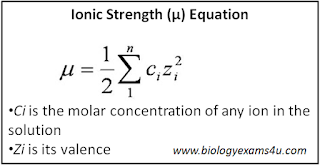 μ is Ionic strength, Ci is the molar concentration of any ion in solution and zi is its valence.
Ans: c. 0.6 M
2. A cell line deficient in salvage pathway for nucleotide biosynthesis was fed with medium containing 15N labelled amino acids. Purines were then extracted. Treatment with which one of the following amino acids is likely to produce 15N labelled purines? (Dec 2015)
a. Aspartic acid
b. Glycine
c. Glutamine
d. Aspartamine

9. The -COOH group of cellular amino acids can form which of the following bonds inside the cell? ( Jun, 2016)
1. Ether and ester bonds.
2. Ester and amide bonds.
3. Amide and ether bonds.
4. Amide and carboxylic anhydride bonds

Ans: 2. Ester and amide bonds.
10. Choose the most appropriate pH at which the net charge is zero for the molecule from the data shown below : (Dec, 2016) 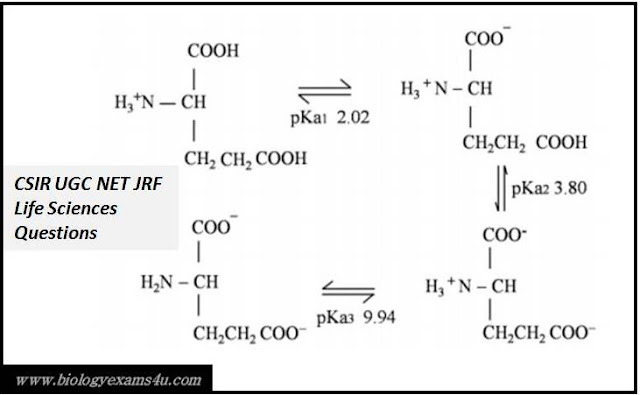