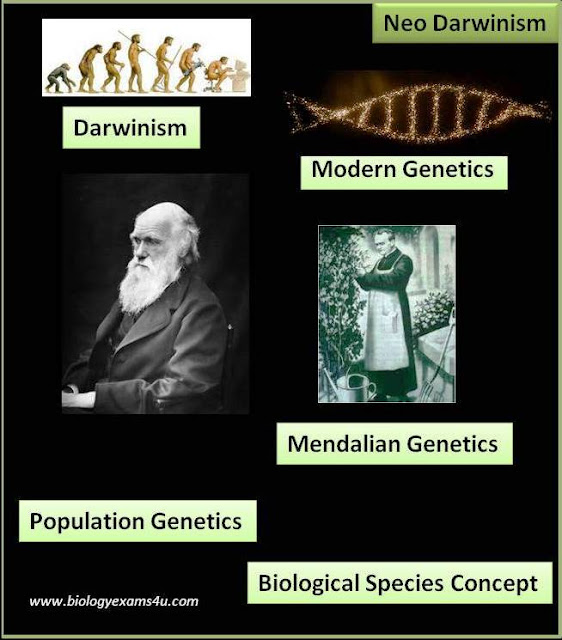 The Major Postulates of Neo Darwinism
1. The unit of evolution is population not species. Each species comprises of many local populations.
2. It is the gene pool of the population that undergoes variation and not the individuals
3. Natural selection refers to the differential amplification of fittest genes and genotypes that is best suited to an environment and natural selection is not the only cause of evolution.
4. The formation of new species is by the accumulation of inherited random mutations and also by genetic recombination occurring due to independent assortment, fertilization and crossing over.
5. The major factors responsible for organic evolution include mutation, genetic recombination, natural selection and reproductive isolation.