5 Cell wall Synthesis Inhibitors and their Mode of Action

5 Cell wall Synthesis Inhibitor Drugs and its Mode of action
Cell wall is a rigid layer of polysaccharides present outside the plasma membrane of the cells of plants, fungi, and bacteria. In the algae and higher plants it consists mainly of cellulose. 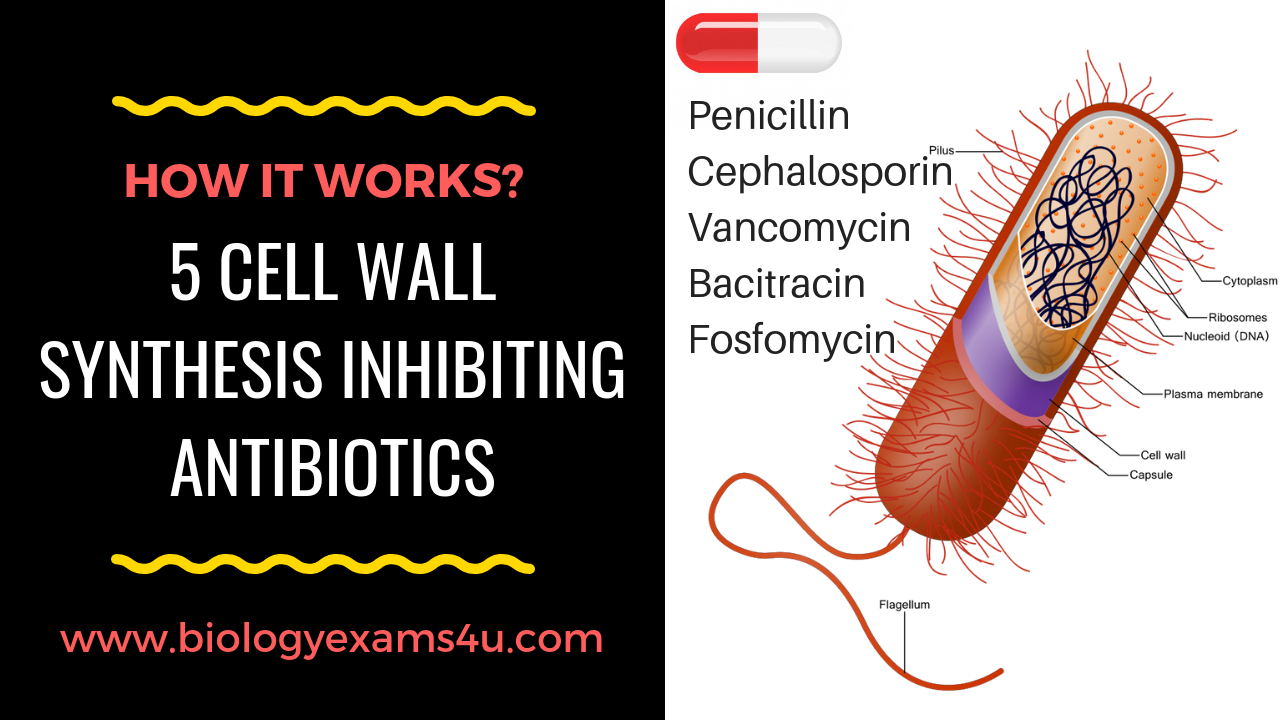 Vancomycin recognizes and binds to the two D-ala residues on the end of the peptide chains. Thus prevent cross linking of cell wall strands by preventing the binding of cross linking enzyme
There is also evidence that vancomycin alters the permeability of the cell membrane and selectively inhibits ribonucleic acid synthesis.
4. Bacitracin 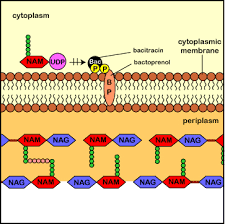