What are the 4 levels of Protein Structure?

Proteins are biopolymers made of amino acids joined by peptide bond. 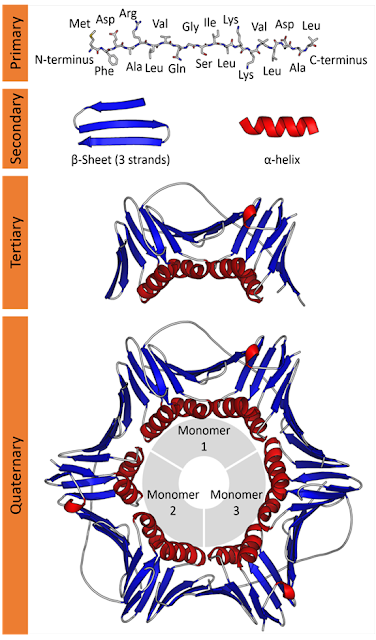 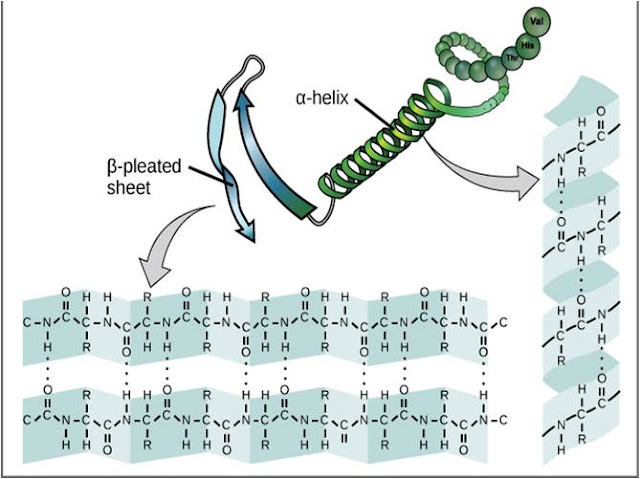 Two or more segments called beta stands of a polypeptide chain in same direction (parallel) or opposite direction (anti parallel) line up next to each other, forming a sheet-like structure held together by hydrogen bonds. Eg: Silk fibroin 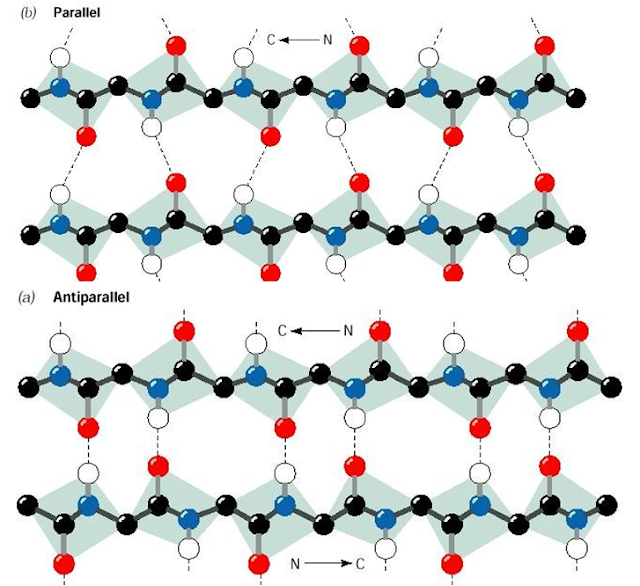 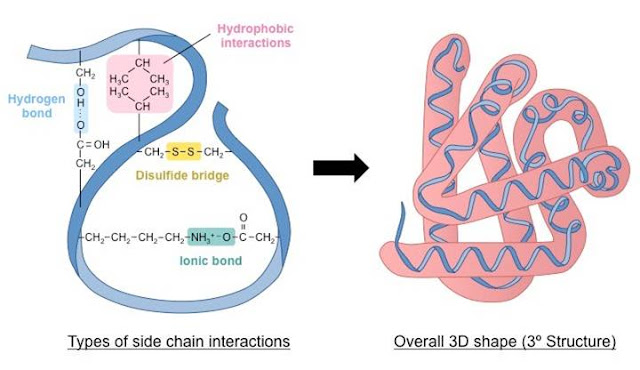 Quaternary structure exists in proteins with two or more identical or different polypeptide chains (subunits). It refers to the number and the arrangement of subunits that form a protein. 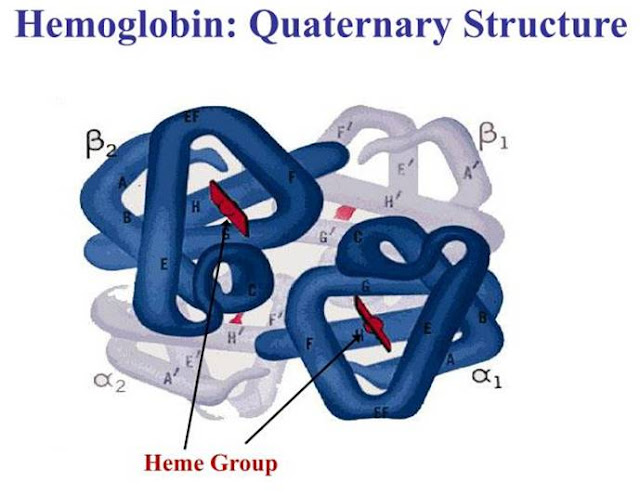 It is stabilized by disulphide bond, hydrophobic interactions, vanderwaals forces, ionic interactions other than peptide bond and hydrogen bond.

Hemoglobin is made up of 4 polypeptide chains-2 alpha chain and 2 beta chains; thus exhibiting the quaternery structure