What is S layer Protein in Bacteria?

What are S layers (Surface layer) in bacterial cell envelope?
S-layer (surface layer proteins) is a regularly structured crystalline layer present on the surface of many bacteria and archaebacteria.

Chemical nature:
The S-layer is composed of protein or glycoprotein. 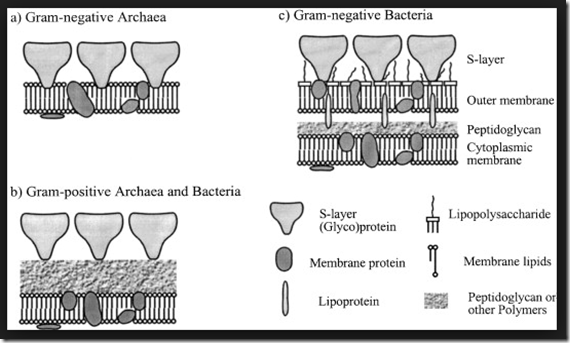 In archaebacteria, S layer proteins are arranged in different ways in the cell envelope.