1. A controlled experiment is one that a. proceeds slowly enough that a scientist can make careful records of the results.
b. tests experimental and control groups in parallel.
c. is repeated many times to make sure the results are accurate.
d. keeps all variables constant.
e. is supervised by an experienced scientist.

3. Which of the following is an example of qualitative data?
a. The temperature decreased from 20°C to 15°C.
b. The plant's height is 25 centimeters (cm).
c. The fish swam in a zigzag motion.
d. The six pairs of robins hatched an average of three chicks.
e. The contents of the stomach are mixed every 20 seconds.

5. Given the cooperativity of science, which of the following is most likely to result in an investigator being intellectually looked down upon by other scientists?
a. Making money as the result of studies in which a new medication is discovered.
b. Doing meticulous experiments that show data that contradict what has been previously reported by the scientific community.
c. Spending most of a lifetime investigating a small and seemingly unimportant organism.
d. Getting negative results from the same set of experiments.
e. Being found to have falsified or created data to better fit a hypothesis.

6. Which of these is an example of inductive reasoning? a. Hundreds of individuals of a species have been observed and all are photosynthetic; therefore, the species is photosynthetic.
b. These organisms live in sunny parts of this area so they are able to photosynthesize.
c. If horses are always found grazing on grass, they can be only herbivores and not omnivores.
d. If protists are all single-celled, then they are incapable of aggregating.
e. If two species are members of the same genus, they are more alike than each of them could be to a different genus.

7. In a high school laboratory, which of the following constitutes an experiment?
I. learning to use a microscope by examining fixed specimens on slides
II. being able to examine swimming protists under a microscope
III. extracting pigments from plant leaves and separating the types of pigments for identification
IV. preparing root tips for examination by staining them
a. I only
b. II only
c. III only
d. II and III only
e. II, III, and IV

8. Which of the following best describes a model organism? 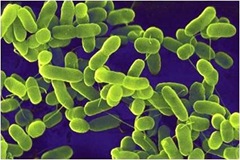 a. It is often pictured in textbooks and easy for students to imagine.
b. It lends itself to many studies that are useful to beginning students.
c. It is well studied, easy to grow, and results are widely applicable.
d. It is small, inexpensive to raise, and lives a long time.
e. It has been chosen for study by the earliest biologists.

9. Why is a scientific topic best discussed by people of varying points of view, a variety of subdisciplines, and diverse cultures?
a. They can rectify each other's approach to make it truly scientific.
b. Robust and critical discussion between diverse groups improves scientific thinking.
c. Scientists can explain to others that they need to work in isolation to utilize the scientific method more productively.
d. This is another way of making science more reproducible.
e. Scientists need to exchange their ideas with other disciplines and cultures so that all groups are in consensus with the course of future research.

10. Which of the following is not an observation or inference on which Darwin's theory of natural selection is based?
a. Poorly adapted individuals never produce offspring.
b. There is heritable variation among individuals.
c. Because of overproduction of offspring, there is competition for limited resources.
d. Individuals whose inherited characteristics best fit them to the environment will generally produce more offspring.
e. A population can become adapted to its environment over time.
Learn more:
Answers:
1. b. tests experimental and control groups in parallel.
2. c. Hypotheses usually are relatively narrow in scope; theories have broad explanatory power.
3. c.The fish swam in a zigzag motion.
4. d. If my hypothesis is correct, I can expect certain test results.
5. e. Being found to have falsified or created data to better fit a hypothesis.
6. a. Hundreds of individuals of a species have been observed and all are photosynthetic; therefore, the species is photosynthetic
7. c. III only
8. c. It is well studied, easy to grow, and results are widely applicable.
9. b. Robust and critical discussion between diverse groups improves scientific thinking.
10. a. Poorly adapted individuals never produce offspring.
Please Don't Forget to Share... Thank You... Visit Again...
Labels: MCQ on Scientific method, Multiple choice on Scientific method, scientific method, scientific method MCQ