1. An average protein will not be denatured by: 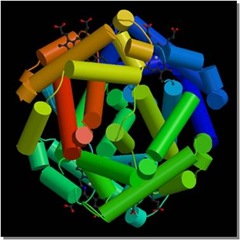 2. Which of the following is least likely to result in protein denaturation?
A) Altering net charge by changing pH
B) Changing the salt concentration
C) Disruption of weak interactions by boiling
D) Exposure to detergents
E) Mixing with organic solvents such as acetone
3. Chaperone proteins function by
A) providing a protective environment in which proteins can fold properly
B) degrading proteins that have folded improperly
C) providing a template for how the proteins should fold
D) rescuing proteins that folded incorrectly and allowing them to refold into proper configuration.
E) all of the above

5. Protein S will fold into its native conformation only when protein Q is also present in the solution. However, protein Q can fold into its native conformation without protein S. Protein Q, therefore, may function as a ---------- for protein S.
A) ligand
B) molecular chaperone
C) protein precursor
D) structural motif
E) supersecondary structural unit

6. Which of the following is not known to be involved in the process of assisted folding of proteins?
A) Chaperonins
B) Disulfide interchange
C) Heat shock proteins
D) Peptide bond hydrolysis
E) Peptide bond isomerization

7. Experiments on denaturation and renaturation after the reduction and reoxidation of the —S—S— bonds in the enzyme ribonuclease (RNase) have shown that:
A) folding of denatured RNase into the native, active conformation, requires the input of energy in the form of heat.
B) native ribonuclease does not have a unique secondary and tertiary structure.
C) the completely unfolded enzyme, with all —S—S— bonds broken, is still enzymatically active.
D) the enzyme, dissolved in water, is thermodynamically stable relative to the mixture of amino acids whose residues are contained in RNase.
E) the primary sequence of RNase is sufficient to determine its specific secondary and tertiary structure.