Definition: It is technique used in genetic engineering that involves the identification, isolation and insertion of gene of interest into a vector such as a plasmid or bacteriophage to form a recombinant DNA molecule and production of large quantities of that gene fragment or product encoded by that gene.

How this is achieved? We will be discussing the basic steps involved in rDNA technology, gene cloning or genetic engineering. 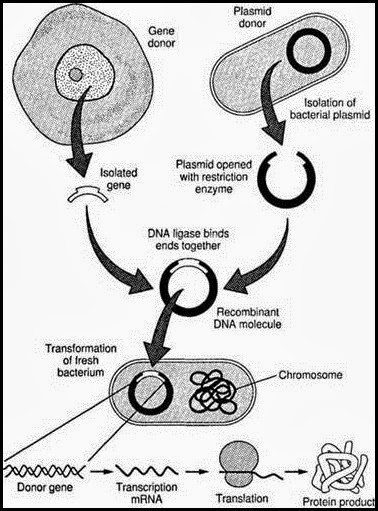 Step1: Identification and isolation of gene of interest
From where we get the desired gene?

Step II: joining of this gene into a suitable vector (construction of recombinant DNA)
What is a Gene Cloning Vector?
A vector is any DNA molecule which is capable of multiplying inside the host to which our gene of interest is integrated for cloning. The selection of vector depends upon the size of the fragments to be cloned.
Common vectors include plasmids (Eg: pBR 322) and phage vectors.
In the process, restriction enzymes functions as scissors for cutting DNA molecules. Ligase enzyme is the joining enzyme that joins the vector DNA with gene of interest. The resulting DNA is called the recombinant DNA, chimera or recombinant vector. 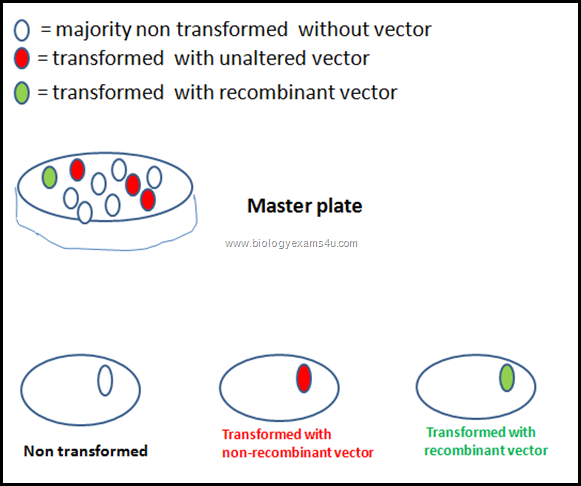