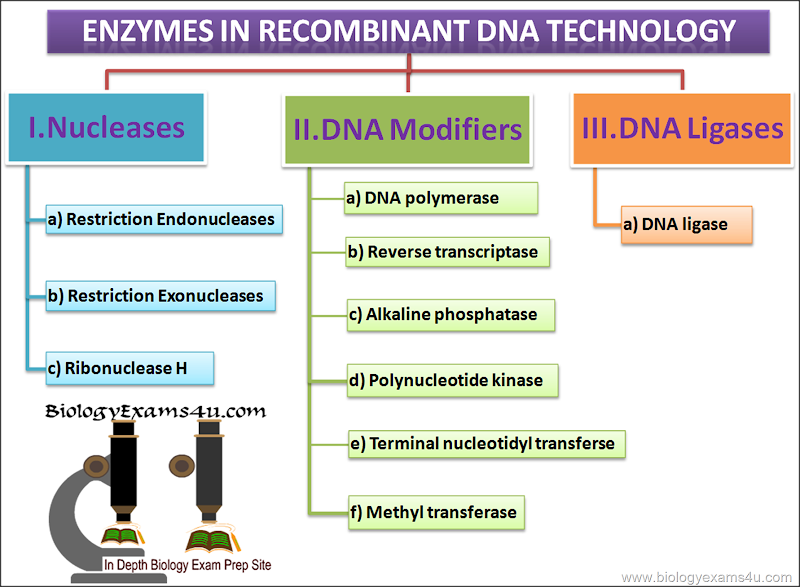 Selectively removes the mRNA from RNA DNA hybrid to separate the cDNA to synthesize the second strand.
It is isolated from retroviruses such as AMV, MMTV etc.
II. DNA Modifiers: Enzymes involved in modification of DNA strands to make it suitable for rDNA technology
a) DNA polymerase: It is involved in elongation of the strand. It is a template directed enzyme that adds complementary nucleotides to the free 3’ OH end of the strand. Commonly used DNA polymerase is Taq DNA polymerase isolated from Gram negative bacterium Thermus aquaticus

Also called as RNA dependant DNA synthetase. Used in the making of cDNA from mRNA for cDNA library preparation.
c) Alkaline Phosphatase :This enzyme removes terminal phosphate group (PO4-2 ) at the 5’ end of a DNA or RNA. 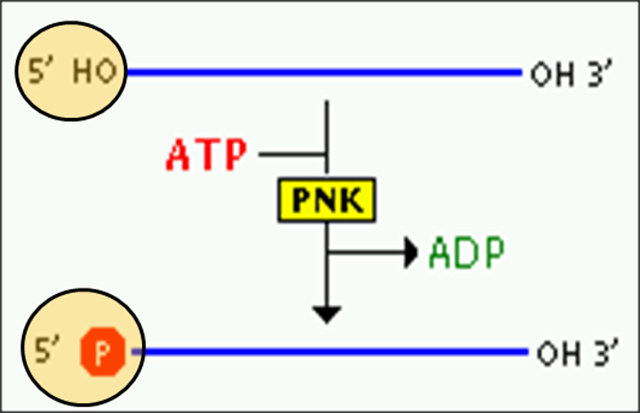 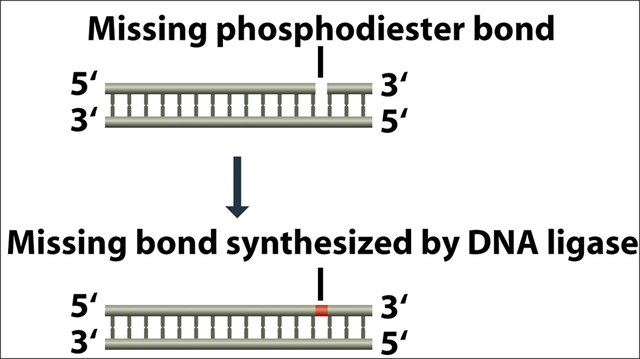