DNA binding proteins interact with DNA by means of various structural motifs, and can stimulate or repress transcription of messenger RNA, depending on the properties and location of the DNA sequence to which they bind.

II) Zinc finger protein
a) it has one alpha helix
b) It contains one zinc atom bound to four cysteine amino acids
c) It contains a hormone binding region
d) A 70 amino acid long region near the zinc atom binds specifically to DNA segments. 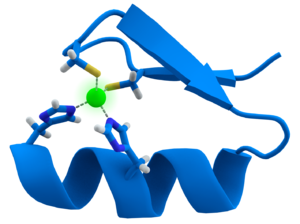 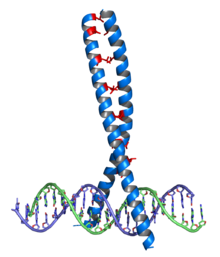