7 Major Steps of Scientific Method in Biology with explanation

7 Major Steps of  Scientific Method in Biology
Definition of Scientific Method
Scientific method is an organized and systematized effort to gain knowledge that uses observation and experimentation to describe and explain nature or natural phenomenon. It includes collection of data through observation and experimentation and formulation and testing of hypothesis.
Steps involved in a scientific method or research
Watch a simple 5 minute video here 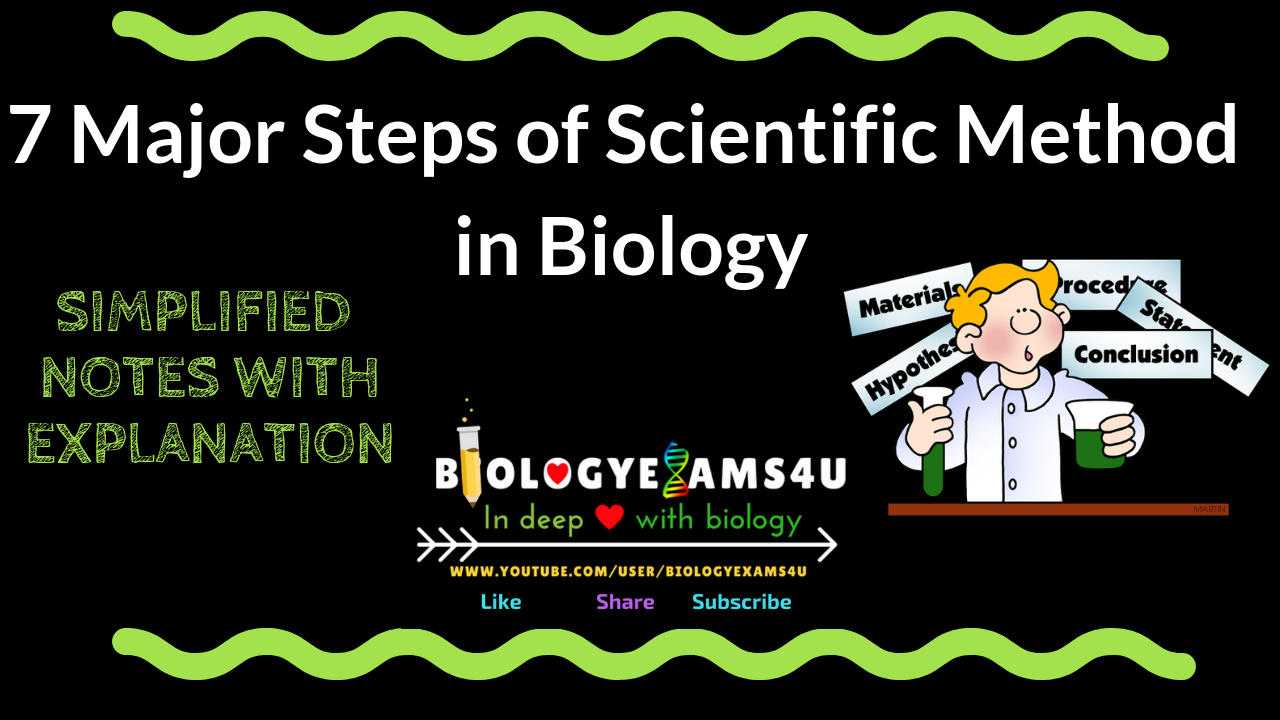 Step VI: Analyze and interpret data and draw conclusions.
Analyze data using mathematical tools or statistical software like SPSS for finding out the significance of the result. At the end of the experiment, null hypothesis may be accepted or rejected. Accepting the null hypothesis suggest that researchers hypothesis needs revision