What do Fungi and Animals have in Common?

Similarities between Fungi and Animals 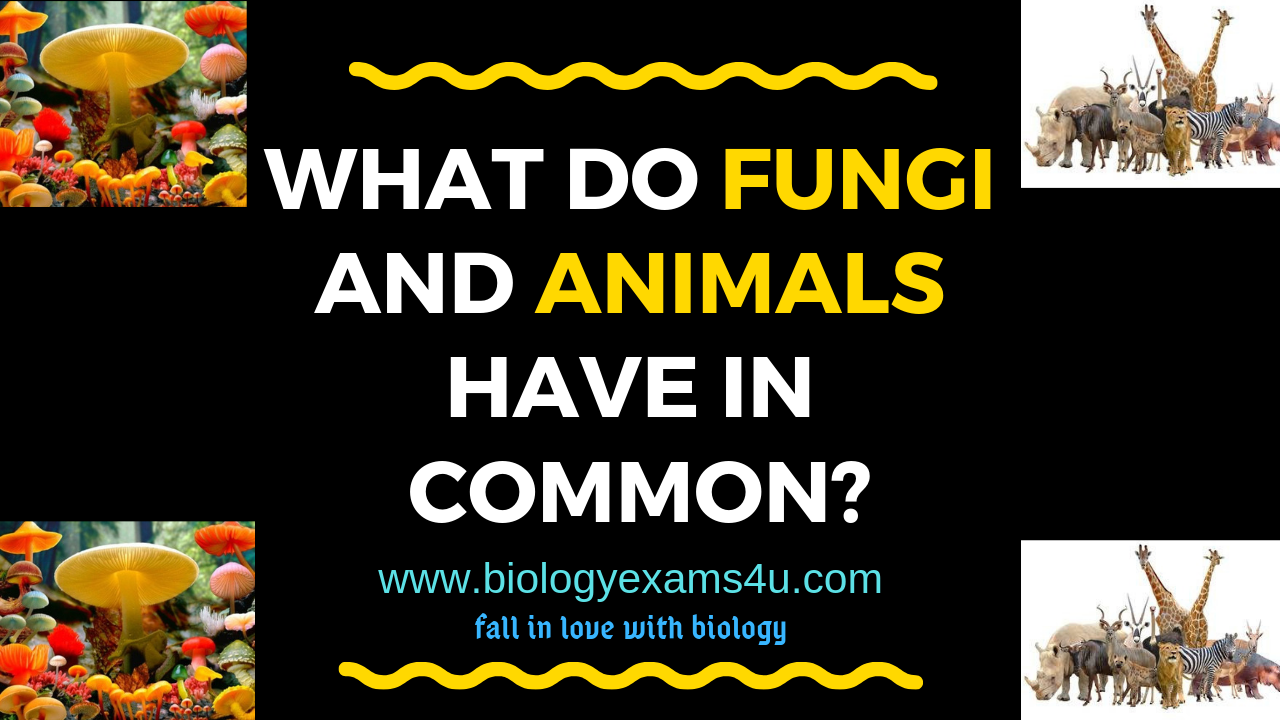 Animals are eukaryotic living organism that feeds on organic matter, typically having specialized sense organs and nervous system and able to respond rapidly to stimuli.

Molecular phylogenetic studies revealed that fungi are more closely related to animals than plants
1. Both fungi and animals are without chlorophyll

2. Both are having heterotrophic mode of nutrition (not self synthesizers like plants)

3. In both, the cells are eukaryotic with organelles like mitochondrion, ER, Golgi etc

5. Both are having chitin; cell wall of fungus is primarily made up of chitin whereas in some animals, chitin is present in   the exoskeletal structures of insects, spiders and crustaceans.