Notes on Structure and Function of the Brain 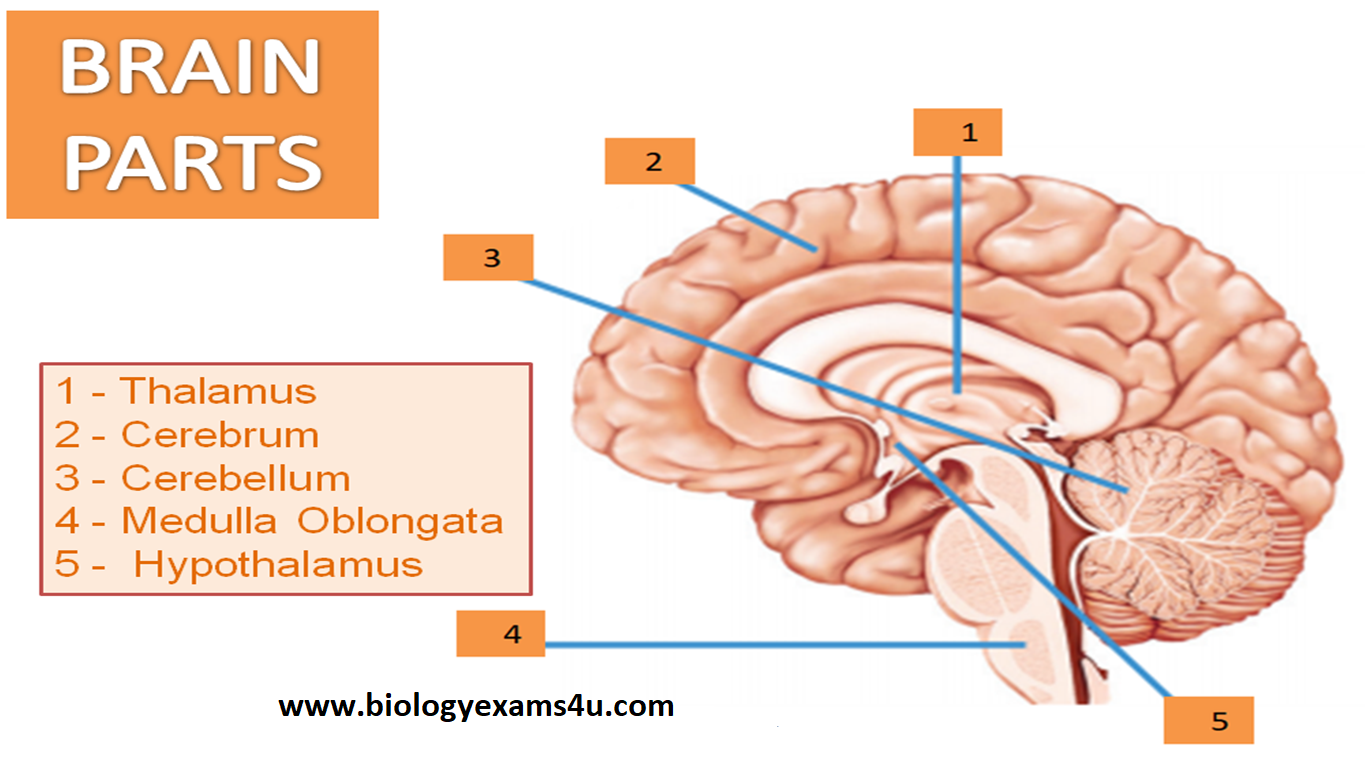 • the largest part of the brain.

• numerous fissures and folds are seen.

• The grey coloured outer part of cerebrum is called Cortex and the white coloured inner part is called Medulla.

• the second largest part of the brain

• seen behind the cerebrum as two flaps.

• fissures and grooves are present.

• coordinates muscular activities and maintains equilibrium of the body.

• the rod shaped medulla oblongata is seen below the cerebrum, located near the cerebellum.

• situated below the cerebrum.

• acts as relay station of impulses to and from the cerebrum.

• situated just below the thalamus.

• plays a major role in the maintenance of homeostasis