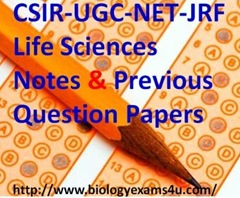 
1. Type of genotype in individual having blood group B will be (June 2006)

2. Which is observed after crossing over between chromosomes having pericentric inversion and normal (June 2006)

5. Albinos have visual problem in bright light because they lacks (June 2006)

6. The F+ segment of bacteria may be transferred to F- bacteria by the process of (June 2006)

8. If inheritance of disease to next generation is only possible through females. The probable inheritance is (Dec2006)

9.  Among the following Mendelian  inheritance is obeyed by (Dec2006)

10. If mutation changes codon in such a way that there is no effect on functioning and overall structure of protein. This type of mutation is termed as (June 2007)

12.  Genetic disorder Xeroderma pigmentosum is due to error in (Dec 2008)

13. The following pedigree represents the inheritance of a rare disorder. Based on the above pedigree, what is the most likely mode of inheritance? (Dec 2008)

15. A mother of blood group O has a group O child, the father could be of blood type

9. d) gene for vertical transfer of disease
10.a) Silent