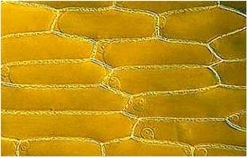 Structure: A rigid cell wall surrounding the cell, consisting of cellulose microfibrils running through a matrix of the other complex polysaccharide. 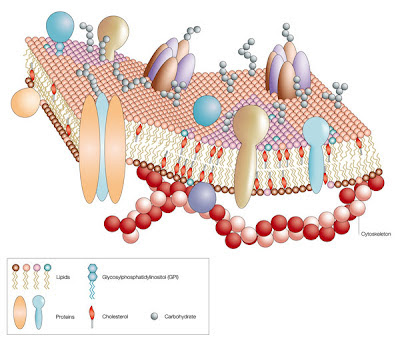 Location: Outer surface of all cells.

Function: Limiting membrane controls flow of materials into and out of the cell. 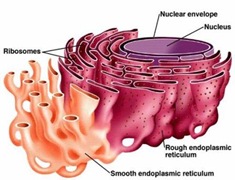 Shape , Size and Structure:Lipoprotein membrane
a) Rough ER with ribosomes
b) Smooth ER with out ribosomes 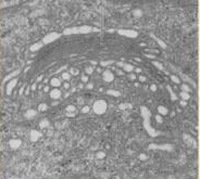 Structure: A stack of flattened membrane bounded sacs called cisternae. Continuously formed at one end of the stack and budded off as vesicles at the other. 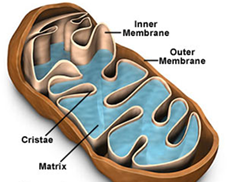 Location : Few to 1000 in cytoplasm, more in active cells.

Structure: Surrounded by an envelope of two membranes. The inner being folded to form cristae contains matrix with a few ribosomes, a circular DNA molecule and phosphate granules.

Function: Power house of cell, breaking down carbohydrates from carbon dioxide and water. 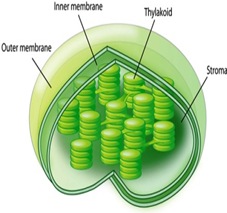 In cytoplasm of green plant cells.

Structure: Large plastid containing chlorophyll and carrying out photosynthesis. It is surrounded by an envelope of two membranes and contains gel like stroma through which runs a system of membranes that are stacked in place to form grana. It may store starch. The stroma also contains ribosomes as and circular DNA molecules and lipid droplets.

Ribosomes
Location : Free in cytoplasm or associated with rough ER.

Shape , Size and Structure: Spherical, about 20-25 nm diameter.
Structure: Very small organelles consisting of a large and small subunit. They are made up of roughly equal parts of protein and RNA. Slightly smaller ribosomes are found in mitochondria and chloroplasts in plants.

Function: Site of protein synthesis. They are either bound to the ER or lie free in the cytoplasm. They may form polysomes (Polyribosomes) collection of ribosomes along with messenger RNA.

Location :In cytoplasm of many cells. 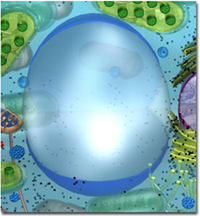 Structure: A sack bounded by a single membrane called the tonoplast. It contains cell sap, a concentrated solution of various substances such as mineral salts, sugars, and pigments, organic acids and enzymes. 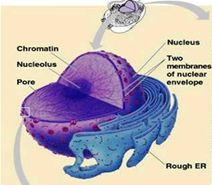 Shape , Size and Structure: Largest cell organelle enclosed by an envelope of two membranes that is perforated by nuclear pores. It contains chromatin which is the extended form taken by chromosomes during interphase. It also contain nucleolus.

Function: Chromosomes contain DNA the molecule of inheritance. DNA is organised into genes which control all the activities of the cell. Nuclear division is the basis of cell division and hence reproduction the nucleolus manufacture ribosomes.
Nuclear membrane

Function: Governs traffic of materials into and out of the nucleus and separates cytoplasmic components from nuclear components.
Nucleolus

Location : One to four in each nucleus

Shape , Size and Structure: Spherical and dense, not enclosed by membrane.

Function: Chromosomes govern cell activities by their hereditary instructions for protein synthesis which are coded into DNA molecule.

Function: It maintains the shape of the cell. It contains protein filaments
and regulates distribution and orientation of organelles.

Location : Members of centriole pair lie at right angles to each other near nuclear membrane in cytoplasm of animal cells.

Function: Each member of the pair moves to form a pole of the nuclear spindle during cell division.
Granules
Location : In cytoplasm

Shape, Size and Structure: A roughly spherical organelle bounded by a single membrane. It contents appear finely granular except for occasional filamentous deposits.