Difference between Gene and Allele (Gene vs Allele) with examples 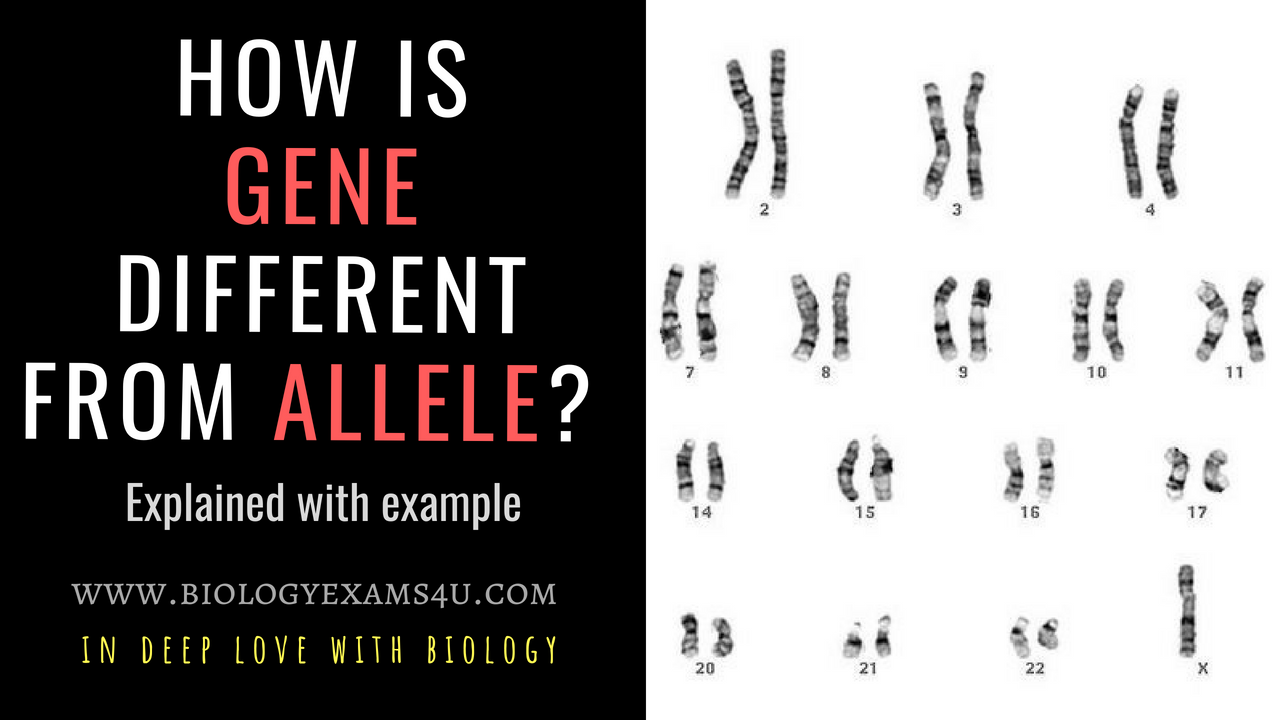 In genetics, there are many terms that seem to be having the same meaning but are quite different. To understand many concepts in genetics, we need clarity about the meaning of such terms in our mind.In this post we are discussing about the terms, gene and allele and I have given the definition above.

Let us take two cases to explain this
Case I:

Red color of rose flower petal is due to a protein. This protein is encoded by a gene. Or in other words gene is a piece of DNA that codes for a protein/trait or character that imparts red color. Figure red rose and yellow rose.

The function of the gene is the same, the flower colour. Most often the protein produced may have slight difference amino acid sequence that lead to yellow colour.
But this gene is responsible for the trait flower color. Flower color may be red, yellow, white etc.

Case 2:
All alleles of the gene are produced by the mutation of the wild gene (normal gene)
Two or more individuals may be having same genes but different alleles or variants.

Actually a diploid organism has two copies of a gene or two sets of chromosomes, one from father’s sperm and other from mother’s egg. The chromosome of similar size and nature often form pairs during meiotic division and such identical chromosomes are called homologous chromosomes.

Dark hair color is the dominant trait in humans compared to white hair color.
Suppose hair colour is coded by gene A on locus 5 (locus is the physical position of gene on the chromosome) of chromosome number 1. Then the homologous pair also have the same gene at the same position may be designated as small ‘a, or ‘A’. This variant of the same gene seen is called as allele.

During gamete formation, the homologous chromosomes with AA or aa genes are separated so that each gamete has either ‘a’ or ‘A’, never both (law of purity of gametes).

The gametes of both parents unite to form the genetic constitution of the new individual which may be AA, Aa or aa for that trait hair colour. The phenotype or hair color for the resulting individual may be dark (AA homozygous dominant/ Aa heterozygous condition) and white in homozygous recessive condition ie. ’aa’. Thus, the combination of alleles determines the expressed character.

Rightly speaking we have 2 copies of the same gene (that is why called as diploid) one from the father and one from the mother.
Please Don't Forget to Share... Thank You... Visit Again...
Labels: an allele and a gene, distinguish between the terms gene and allele, gene definiton, gene and allele, Gene vs Allele, genes vs alleles, law of purity