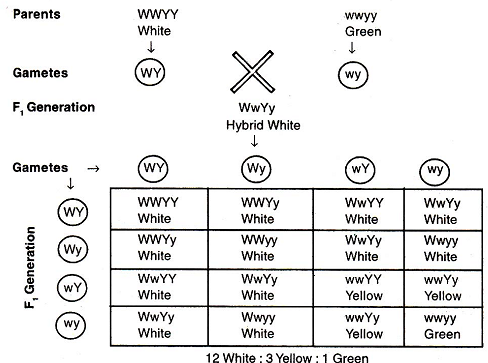 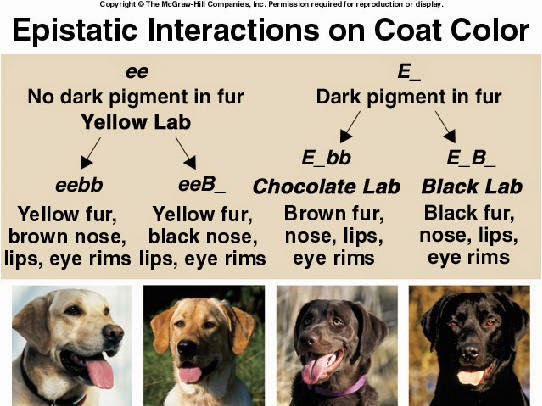 3. Dominant recessive epistasis: Dominant allele at one locus and recessive allele at another locus give rise to the same effect.