MCQ on Ecology and Genetics (Lecturer in Botany Questions)

2. The best soil for plants is
a) Fine sand
b) Coarse sand
c) Clay
d) Loam soil
Ans: loam soil:  it is a mixture of sand, clay and humus. The soil retains some water and let the extra water pass through completely. Plant gets sufficient minerals from the is soil. So it is best soil for the growth of plants. It is found in plains and plateaus
Ans: loam soil
3. The abundance of a species population with in habitat is called
a) Absolute density
b) Regional density
c) Relative density
d) Niche density 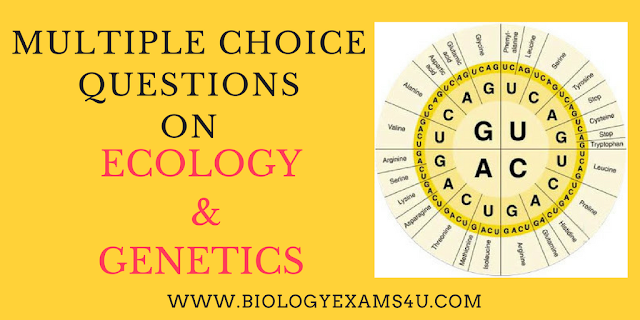 8. A mother of blood group O has a child of O group. The father could be

9. How many genetically different gametes can be made by an individual geneotype AaBbccDDEe?
a)8
b)10
c)32
d)5
Ans: a)8   (Refer: Genetics problems)