Proteins are an important class of molecules found in all living cells. A protein is composed of one or more long chains of amino acids, the sequence of which corresponds to the DNA sequence of the gene that encodes it. Proteins play a variety of roles (functions) in the cell, including structural (cytoskeleton), mechanical (muscle), biochemical (enzymes), and cell signalling (hormones). Proteins are also an essential part of diet. 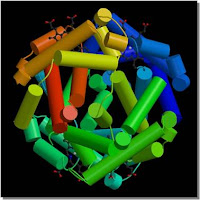 There are 4 levels of structure in proteins 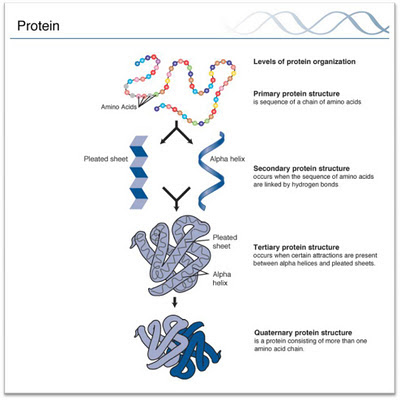 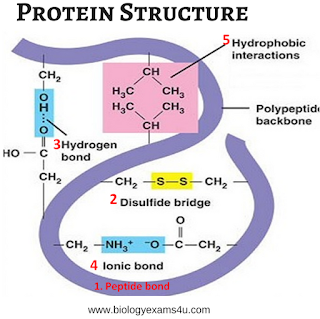