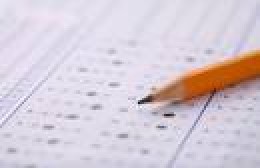 1. Deoxy position of deoxyribose in DNA is a

Ans: 2nd position
More about, log on to:DNA
2. Which of the following transgenic crops occupies the largest area in the world?


3. The gene responsible for dwarfing character in rice is

Ans: Dee-geo-woo-gen
Read more about: Green Revolution Genes: Dwarfing Genes of Wheat & Rice
4. Aroma in rice is due to

Ans:2-acetyl-1-pyrroline
Read more about: Aroma in Rice
5. Rifampicin is a specific inhibitor of

Ans: Bacterial RNA polymerase
More about, log on to: Protein Synthesis inhibitors
6. The Philadelphia chromosome is

Ans: a product of a reciprocal translocation
7. Independently folded functional unit of a protein is called a

Ans:domain
8. Most predominant antibody in serum is

Ans: IgG
9. Scrapie is caused by

Ans:Prion
More about,
10. Which one of the following organisms is used in Ames test?

Ans: Salmonella typhimurium
The Ames test
11. Which one of the following antibiotics attaches to 50S ribosome and inhibits peptidyl-transferase activity?
(A) Penicillin
(B) Chloramphenicol
(C) Trimethoprim
(D) Amphotericin
Ans: Chloramphenicol
More about, log on to : Mode of action of inhibitors
12. In a population of 200 individuals which is at equilibrium, the frequency of one of the alleles under study is 0.11. What is the expected frequency of heterozygous individual?
(A) 0.89
(B) 0.0979
(C) 0.1958
(D) 0.842
Ans: 0.1958
p+q=1
Take the given frequency as frequency of allele p=0.11
then q=1-0.11=0.89
Heterozygous means 2 pq ie 2x0.11x0.89=0.1958
For more, log on to:Population Genetics
13. To produce plants that are homozygous for all traits, the best choice is
(A) cell suspension culture
(B) callus culture
(C) anther/ pollen culture
(D) plant organ culture
Ans: anther/pollen culture
14. Dye injected into a plant cell might be able to enter an adjacent cell through
(A) tight junction
(B) plasmodesma
(C) microtubule
(D) desmosome
Ans: plasmodesmata
15. If you want to use a plant tissue culture as a chemical factory for vitamins, which of the following will you choose?
(A) Suspension cultures
(B) Callus cultures
(C) Organ cultures
(D) Anther/pollen cultures
Ans: suspension culture
16. Yellow mosaic of legumes is caused by Mung bean yellow mosaic virus which belongs to
(A) Potexvirus group
(B) Potyvirus group
(C) Carlavirus group
(D) Geminiviruses group
Ans: Geminiviruses group (ss DNA viruses)
17. Antibodies which can cross placenta and are involved in allergic reactions, respectively are

Ans:proline
More about, log on to : Amino acids , Protein folding
19. Which one of the following repetitive motifs is responsible for the formation of triple helix in collagen?

Ans: Gly-X-Y
20. Pyrosequencing derives its name from the fact that