2. Treatment with antibiotic drugs helps overcome many bacterial infections.
Why is penicillin toxic to many bacteria?


A. It interferes with DNA replication
B. It inhibits transcription
C. It disrupts translation
D. It blocks protein synthesis
E. It inhibits cell wall formation

3. Match each item in column A with one in column B to which it is most closely associated.

4. Various forces are important in the  interactions contributing to the tertiary
structure of a protein. The figure shows  several possible interactions. Please
match the numbered interactions with  their correct names. 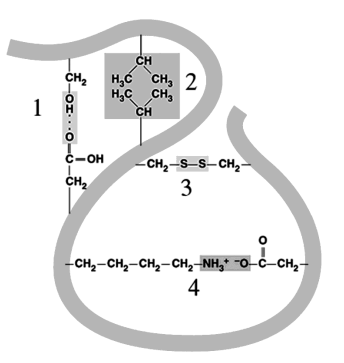 5. The diagram represents a function  of the nucleic acid, DNA. Based on
the diagram, what is the most likely  nucleotide sequence of the  messenger RNA. Put an X in the appropriate box 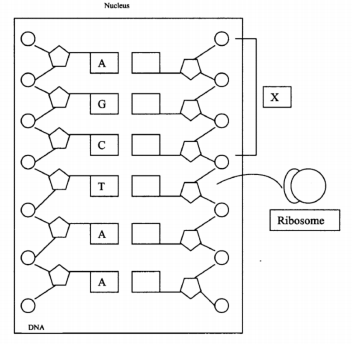